Russia, Belarus and Kazakhstan Q3 2021 maps are now available to the users of Navitel Navigator. 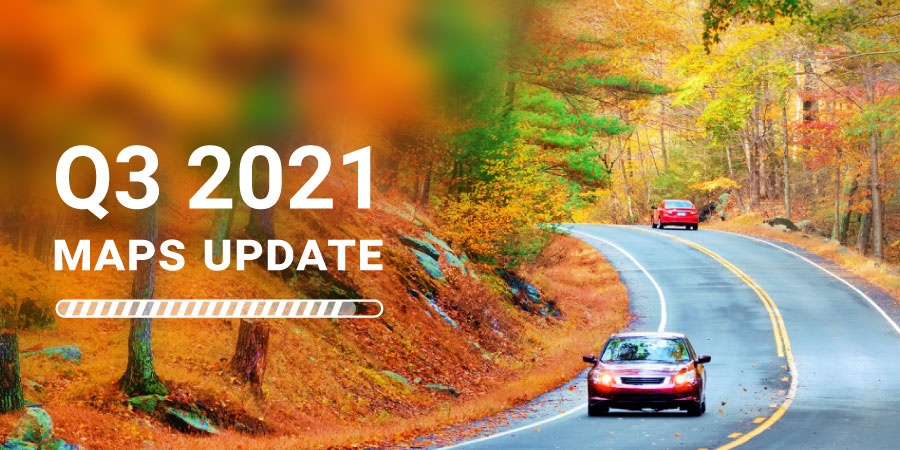 The map of Russia in Q3 2021 release contains 177 206 cities and settlements, including 27 002 cities and settlements having an address search and street & road network. The length of the road graph is 4 097 764 km. 10 650 421 unique addresses are available for search. It has a POI database that contains petrol stations, ATMs, tourist attractions, cafes and other Point of Interest numbering 1 378 008 places.

New buildings have been added to the current release of the maps, address, and road information has been updated in cities with a population of more than 50,000 inhabitants, as well as in other settlements across the Russian Federation.

Made additions and changes based on user comments.

The data on speed control cameras, alerts about potential danger zones and maintenance services, as well as POIs in all constituent entities of the Russian Federation was updated.

The following cartographic data have been updated:

Added on the map:

The data of field surveys between A107 and A108 in the southwest of the Moscow region have been entered.

Address information and buildings were updated, as well as addresses data in new buildings in 224 cities and towns were added:

The map of Belarus contains 27 410 cities and settlements. Out of this number, 25 211 of the cities and settlements have an address search and street & road network. 2 049 747 unique addresses are available for search. It has a POI database that contains petrol stations, ATMs, tourist attractions, cafes and other useful Places of Interest numbering 73 063 places. The length of the road graph is 290 233 km.

You can find the detailed information on every map in the Maps section of the official website.

Important! Please note that the maps in the Q3 2021 release work only with the version 9.13 of Navitel Navigator or next.